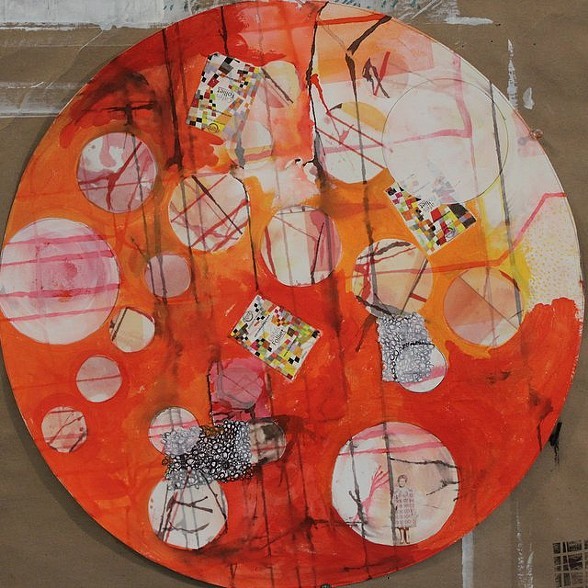 Rebekah Lord Gardiner was born in Baltimore, Maryland and graduated from the Philadelphia Colleges of the Arts with a BFA in Printmaking. Rebekah also attended the North Bennet Street School and Brandeis University earning a certificate in Bookbinding and a post-baccalaureate in Fine Arts, respectively. She has exhibited in juried shows at The Bromfield Gallery, The Umbrella Community Arts Center, and Concord Art, to name just a few. While living in Pont Aven, France she had a solo show at Salle Paul Gauguin. She actively participates and exhibits with the sculpture community of Maudslay State Park in Newburyport, MA. Her awards include first place in the Member Spring Awards Show of the Weston Arts and Crafts Association, the Berthe von Moschizisker Printmaking Award, the Print Club Award from the Philadelphia Colleges of the Arts, and was a grant recipient for the Brandeis University Festival of the Arts. Rebekah’s professional career includes being a Master Printer and Production Manager at the Fabric Workshop, bookbinding instructor and guest lecturer at the North Bennet Street School and Rhode Island School of Design. Her work is in private collections in the United States, England, and France.