Why I Wear Eye Protection 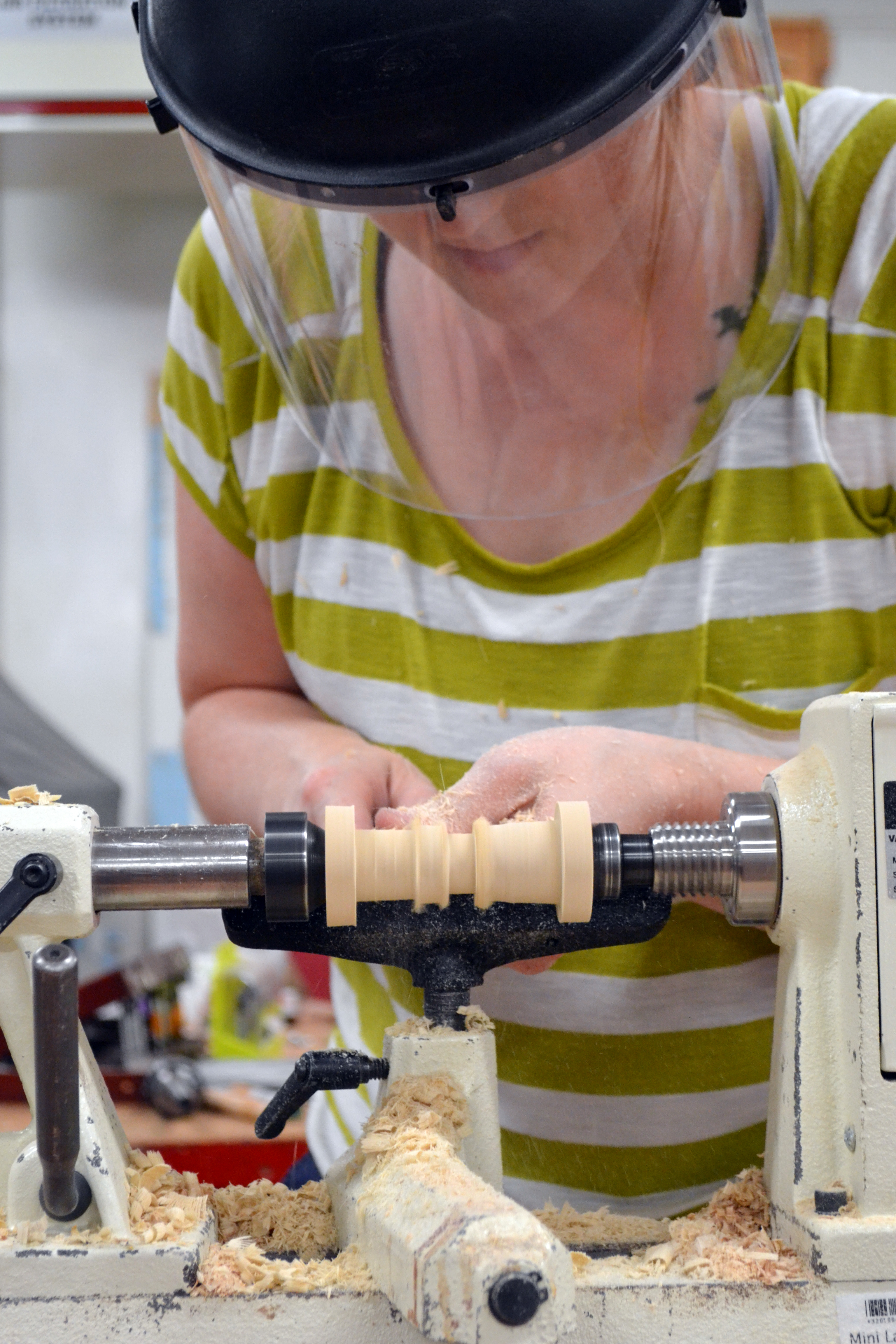 It was late fall 1994. I was thrilled to be almost finished building eight dining chairs commissioned for a friend. The work had gone well. I had carved the cherry seats using a two-handled inshave that I bent into a U shape, similar to a scorp. It’s a special tool that once belonged to my grandfather. I had cut and laminated all the shoulder rests, glued and pegged the legs and stretchers, and was getting close to the end of construction. Each chair had 10 ash spindles that had to be inserted into 1/2” holes drilled into the seats. I progressed smoothly throughout the process of spreading glue in each hole, then tapping the spindles gently home.

Some time during the process I removed my safety glasses and placed them on my workbench. What could go wrong tapping spindles into seats that would require eye protection?

I wasn't in a hurry or being careless. I was in my basement workshop working at a steady but not rushed pace. My parents, who live next door, were in Florida for the winter. My wife was at work and our kids had not yet arrived into our lives. There were eighty spindles to set. I straddled the chair seat and followed the same process for each chair. I was about to set the very last spindle. No problem on seventy-nine spindles: apply glue, tap spindle into seat. I applied glue to hole number eighty and drove the last spindle home.

Oh no! The edge of the seat cracked. I was using Titebond II glue, so I knew it would expand the spindle quickly and make removing it impossible if I didn't act swiftly. I hurriedly pulled the spindle out of the seat… and into my eye.

Or so I thought. I stood, my heart racing, expecting blood to be gushing everywhere. I felt no pain, but I’ve had accidents before where the pain didn't come immediately. To my surprise, there was no blood. I could still see, albeit my vision was a little blurry. I tried to be calm, knowing if my eye had been punctured there was nobody around to help me. I went upstairs to a mirror where it became evident how lucky I was. I had pulled the spindle out and grazed my eyelid and the white of my eye.

Initially my eye was tearing, which I assumed was an attempt to deal with the intrusion. Later I saw that my eyelid had a small notch missing and there was a red mark marring the normal white of my eye. My doctor wanted to see me immediately. I was prescribed an ointment to help the healing. My doctor made it clear how fortunate I had been avoiding a serious eye injury. Aside from dealing with my mother-in-law wanting to take pictures of the gory wound and a case of injured pride, I was totally healed. Luckily, I am clearly able to see the importance of wearing safety glasses at all times while woodworking.

Hearing protection is also a must, but let’s save that story for another day.